The Loess Hills - Loess (pronounced “luss”), a German term meaning loose or crumbly, is a yellowish sedimentary deposit of wind-blown silt forming a distinctive 640,000-acre range of hills (bluffs or “miniature mountains”) up to 250 feet high and 3 to 10 miles wide, running parallel to the Missouri River 220 miles from Mound City, MO to Westfield, IA.  During the warm months of the glacial period 12,000 to 30,000 years ago, glacial melt from the north brought glacier-ground silt (or “rock flour”) down the Missouri River, where it accumulated in mud flats.  During the winter, when the water froze and glacial flow subsided, the mud dried and the silt was blown by westerly winds into dunes on the east side of the river that were eventually stabilized with grass and trees.  The loess, called “sugar clay” by the locals, is extremely hard when dry but becomes very slippery and easily eroded from the top when exposed and wet. However, when protected at the top by trees and other vegetation, the loess ravines maintain their steep, stable cliffs, up to 100 feet in height.  Loess naturally sloughs into terraces or “cat steps” along steep slopes.  While loess is found in many locations, including the Rhine River valley in Germany, only this region along the Missouri River and another near Shaanxi, China have sufficient deposits (60-200 feet) to form an extended range of hills.  It is loess that gives China’s Yellow River its color. 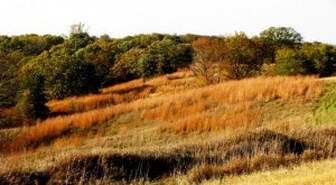 Click here to view a list of plants & animals that can be found at Blackburn State Park Unit. 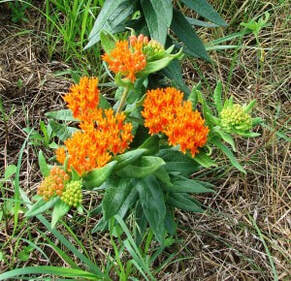 In the 1930s, three state parks were established in the Loess Hills. More than 10,000 acres in the northern part of the range were included in the National Registry of National Landmarks in 1986. Through the effort of multiple public agencies, local communities and private organizations, the Loess Hills Scenic Byway was established through the heart of the hills formation in the 1990s. A part of the byway passes near the center. In 2000 the route was designated as a National Scenic Byway by the Federal Highway Administration. It was named one of the 10 most scenic roads in the U.S. by nonprofit Scenic America.   In 1995, the Natural Resources and Conservation Service of the US Department of Agriculture undertook a study that showed that nearly 85,000 acres of Loess Hills contains natural and cultural resources of critical importance. Four years later, the Iowa legislature formed the Loess Hills Alliance, a broad, grass-roots organization composed of representatives from each of the seven counties in the Loess Hills. Their charter is to promote the protection of the hills. In 2002, the National Park Service published the results of a survey and study of the region undertaken at the direction of Congress to evaluate the Loess Hills for possible designation as a unit of the National Park System. While a majority of the cross section of interviewees in the seven affected counties agreed with federal land purchase for a national park, the landowners in the northerly four counties strongly disagreed. Since then, state, local and private conservation groups along with concerned landowners, have been the main actors in securing Loess Hills lands for protection. 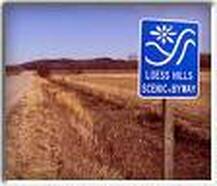 Humans first arrived in the Loess Hills area soon after most of the loess sediment was deposited, around 11,000 B.C. to 8,500 BC.  These so-called Paleoindians were nomadic hunters of bison and other large game.  The Archaic peoples that followed from 8,500 BC to 800 BC were nomadic hunter-gathers but made greater use of semi-permanent base camps and smaller seasonal camps. The Woodland Indians (800 BC to 1300 AD) were more sedentary, living in small hamlets of structures that were earth-covered or wattle-and-daub (woven lattice of wooden strips--wattle– that was daubed with a sticky material usually made of some combination of wet soil, clay, sand, animal dung and straw).  These people made pottery, hunted deer and small game, cultivated corn and squash, and gathered wild berries and seeds. They prospered for approximately 300 years, disappearing from the archaeological record around 1300 AD due to extended drought, according to some experts, or because the threats of Oneota Indian raiders (predecessors of the Ioway and Otoe tribes), according to others.
The Oneota were about the only Indians roaming the hills from 1300 AD to until the 1700s.  Then the Ioway Indians (called Ayauway by Lewis and Clark) and ancestors of the Pawnee began to appear.  Hunting parties from the Otoe and Omaha tribes that lived on the east side of the Missouri River also started venturing to the Iowa side and into the Hills. The nomadic Dakota Sioux traveled the river, roving the territory on both sides.  In 1837, the Potawatomi[1] Indians were relocated from Indiana and Illinois to Missouri and ultimately to this part of Iowa.  They remained there with their great war chief, Waubonsie[2], until 1846-48, when, in response to pressures from growing pioneer settlements, they were moved to Northeast Kansas. Bill’s father, William G. Blackburn grew up not far from the center property, and during his youth often found arrowheads and other Native American artifacts in the ravines and creek beds that bound the property.
On July 16, 1804, Meriwether Lewis and William Clark observed this part of the hills.  Clark recorded in his journal: “This prairie I call the Ball pated (sic) prairie from a range of ball hills parrell (sic) to the river from 3 to 6 miles distant & extends as far up the down as I can see.” At that time the Loess Hills had remained generally treeless except for a few oak savannahs due to the drier climate and repeated prairie fires.   Artist George Catlin traveling by steamboat up the Missouri River in 1832 went ashore to climb the Loess Hills and described the place as one where a “thousand velvet-covered hills go tossing and leaping down with steep or graceful declivities.”
The area around the center property and the village of Thurman, Iowa, nearby was settled in 1845-46 by five Mormon families who had come down from Kanesville, IA (now Council Bluffs), a way-stop for Brigham Young’s mass exodus from Nauvoo (Hancock County), IL to the Salt Lake Valley in Utah.  The Mormons had been driven out of Illinois following the assassination of their leader, Joseph Smith, in 1844.  One of those Mormon emigrants, George Forney, William R. Blackburn’s paternal grandmother’s great-grandfather (whom the Potawatomi affectionately called “Graybeard”), was the first person to legally acquire the western portion of the sustainability center grounds from the US Government in 1858 at age 38. When the Potawatomis were moved to Kansas in the late 1840s, George was asked by them to care for their platform burial grounds that stood atop the hill just to the east of the center entrance.  The center property still shows evidence of a bricked hand-dug well, the limestone foundation of an old home, and several “dug-outs”— a blacksmith shop, barn and storage building built into the banks of the loess by the pioneers.
[1] Sometimes spelled “Pottawattamie” or “Pottawatomie.” The name is a traditional word meaning “Fire Keepers” or “Keepers of the Council Fires”.
[2] Sometimes spelled “Waubonsee” or “Wabaunsee”. 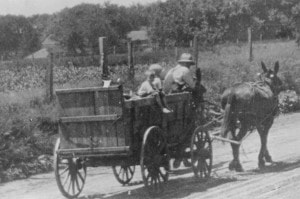 Blackburn’s Green Hollow Center is a 160-acre nature preserve and sustainability learning center in a remote part of the Loess Hills in Southwest Iowa.  The center was founded by William R. (Bill) Blackburn, who donates the net income from William Blackburn Consulting, Ltd. to its development and preservation.  The property is quite diverse, consisting of approximately 35 acres of prairie and the remainder of timber, ravines, steams. wetlands and a pond.  The center has a pavilion and observation deck. The center is made available upon request to educators, researchers, community groups, businesses, and families to--The center was formally launched in 2009 with the public Hills & Heritage Festival, featuring experts on wildlife, archeology, native plants, and local history who provided on-site lectures and tours to some 400 visitors. It hosts a nonprofit Loess Hills Music Festival (www.loesshillsfestival.com ) in September of odd years.